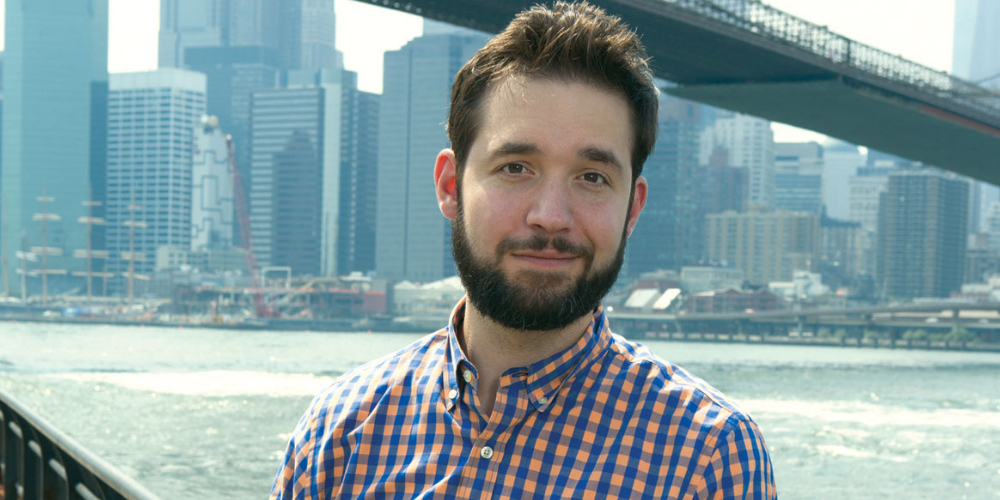 If you’ve spent any amount of time on the internet, it’s easy to be overwhelmed with the mass of content that it holds.

Some Entrepreneurial Wisdom, according to Google CEO, Eric Smidt, every two days now we create as much information as we did from the dawn of civilization up until 2003.(TechCrunch). That’s something like five exabytes of data.

So, as users, how can we filter this ridiculous mass of stuff for the content that matters to us? Co-founders Alexis Ohanian and Steve Huffman created the answer: reddit.

In Alexis Ohanian’s recent book, Without Their Permission: How the 21st Century Will Be Made, Not Managed, he takes us on his entrepreneurial quest of creating Reddit, and in turn, helping democratize quality content on the internet.

Recently, on his tour for the book, Alexis Ohanian was interviewed onstage by AllThingsD’s Kara Swisher at the Commonwealth Club in San Francisco for a live “Ask Me Anything”” event.

Ohanian is currently on an impressive nationwide tour that includes many colleges and universities – looking to spread the entrepreneurial lessons that he learned to aspiring entrepreneurs.

AllThingsD’s Kara Swisher at the Commonwealth Club in San Francisco who interviewed Alexis wrote the following:

Reddit Founder Ohanian is ready to bare it all. INFORUM is going reddit-style with an AMA Live (Ask Me Anything) with Ohanian – so come ready to put this serial entrepreneur in the hot seat. He has funded startups through his company Das Kapital Capital, worked in Armenia for three months as a Kiva Fellow, and successfully led a campaign to overturn two Internet-affecting congressional bills. In his latest endeavor, Ohanian has taken to long form with his book Without Their Permission, detailing what the future of the Internet holds for aspiring entrepreneurs.

Join us as we give Ohanian the third degree, live at INFORUM – and you won’t miss a beat as we document the AMA with a real-time reddit stream. You’ll also enjoy delicacies from the all-things-delicious online marketplace Golbely at our Premium Reception, and afterward listen to a live jam from Kickstarter-funded music legend Lester Chambers.

Using Tumblr for Business
Finding Your Target Market
5 Steps to Choosing a Domain For Your Website
Social Media: It’s utility in business promo...