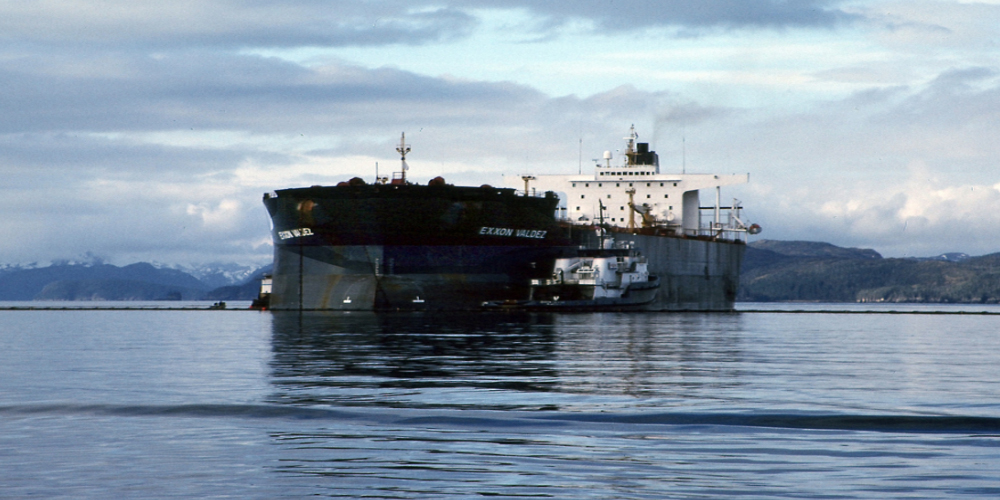 In honor of Halloween, we thought we’d share with you a scary marketing nightmares that may just keep you up at night!

A couple of decades ago, when the cost of gas was a buck nineteen a gallon and not just a commodity, gas stations actually did promotions to sell more gasoline.

At the time, we had been doing work for an international division of a rather large fuel company, whose name I’ll avoid divulging. It’s one of the largest oil companies in the world.

We took care of any and all of their graphic and marketing needs. Specifically for their central and south American division. And I must say, we did a pretty good job if you look at all of the awards that they won for their marketing. This recognition awarded us an intro with the company’s Florida division.

We went to work producing concepts and developing partners to participate in the promotion.

We ended up with a really great “glass promotion”. The way it worked is when you bought $10 worth of gas, you got a glass. The partner in the promotion ended up being a large sea themed amusement park in Florida. I’ll avoid divulging their name as well; I’ll just refer them to Ocean Place.

This cross promotion involved detailed illustrations of Ocean Place’s sea creatures and characters to put on the glasses. In addition there was a tear off sticker on each glass so you would not only get to keep the collector glass, but you had a chance to win other prizes, discounts to the theme park, and other related prizes.

The promotion started out without a hitch:

Everything was running smoothly. It seemed like this was going to be a home run.

On a bright and sunny Florida day, all the glasses, point of purchase posters and brochures explaining how to run the promotion, literally millions of dollars worth of materials, were all on a fleet of large tractor trailers being delivered to the various gas stations throughout the state.

Then, on the other side of the world, an oil tanker was the start of a nightmare for the company. The hull of this rather large tanker was slashed open in shallow waters off the coast of Alaska.

After having a couple of glasses of wine, the Captain of the vessel decided to turn in early and left his responsibility to others in the crew.

Due to horrific negligence, the ship ran aground spilling 260,000 to 750,000 barrels of oil into the once pristine coastal waters of Alaska. Killing and threatening the lives of all of the cute little sea creatures that we had depicted on the promotional glasses that were about to be advertised and awarded to customers during the promotion.

Needless to say, the agencies phone started ringing off the hook. The two companies in the promotion became instantly disassociated.  The promotion came to a screeching halt. Tractor tailors were deterred from their deliveries to the garbage dump.

This wonderful and innocent promotion transformed into a marketing nightmare which never ran and was quickly swept under the carpet.

Though there were no mistakes made when planning this promotion, it shows the importance of always bracing yourself for the worst case scenario.

Do you have any Marketing Nightmares yourself? Share in the comments!

We firmly believe that the internet should be available and accessible to anyone, and are committed to providing a website that is accessible to the widest possible audience, regardless of circumstance and ability.

To fulfill this, we aim to adhere as strictly as possible to the World Wide Web Consortium’s (W3C) Web Content Accessibility Guidelines 2.1 (WCAG 2.1) at the AA level. These guidelines explain how to make web content accessible to people with a wide array of disabilities. Complying with those guidelines helps us ensure that the website is accessible to all people: blind people, people with motor impairments, visual impairment, cognitive disabilities, and more.

This website utilizes various technologies that are meant to make it as accessible as possible at all times. We utilize an accessibility interface that allows persons with specific disabilities to adjust the website’s UI (user interface) and design it to their personal needs.

Additionally, the website utilizes an AI-based application that runs in the background and optimizes its accessibility level constantly. This application remediates the website’s HTML, adapts Its functionality and behavior for screen-readers used by the blind users, and for keyboard functions used by individuals with motor impairments.

If you’ve found a malfunction or have ideas for improvement, we’ll be happy to hear from you. You can reach out to the website’s operators by using the following email

Our website implements the ARIA attributes (Accessible Rich Internet Applications) technique, alongside various different behavioral changes, to ensure blind users visiting with screen-readers are able to read, comprehend, and enjoy the website’s functions. As soon as a user with a screen-reader enters your site, they immediately receive a prompt to enter the Screen-Reader Profile so they can browse and operate your site effectively. Here’s how our website covers some of the most important screen-reader requirements, alongside console screenshots of code examples:

We aim to support the widest array of browsers and assistive technologies as possible, so our users can choose the best fitting tools for them, with as few limitations as possible. Therefore, we have worked very hard to be able to support all major systems that comprise over 95% of the user market share including Google Chrome, Mozilla Firefox, Apple Safari, Opera and Microsoft Edge, JAWS and NVDA (screen readers), both for Windows and for MAC users.

Despite our very best efforts to allow anybody to adjust the website to their needs, there may still be pages or sections that are not fully accessible, are in the process of becoming accessible, or are lacking an adequate technological solution to make them accessible. Still, we are continually improving our accessibility, adding, updating and improving its options and features, and developing and adopting new technologies. All this is meant to reach the optimal level of accessibility, following technological advancements. For any assistance, please reach out to