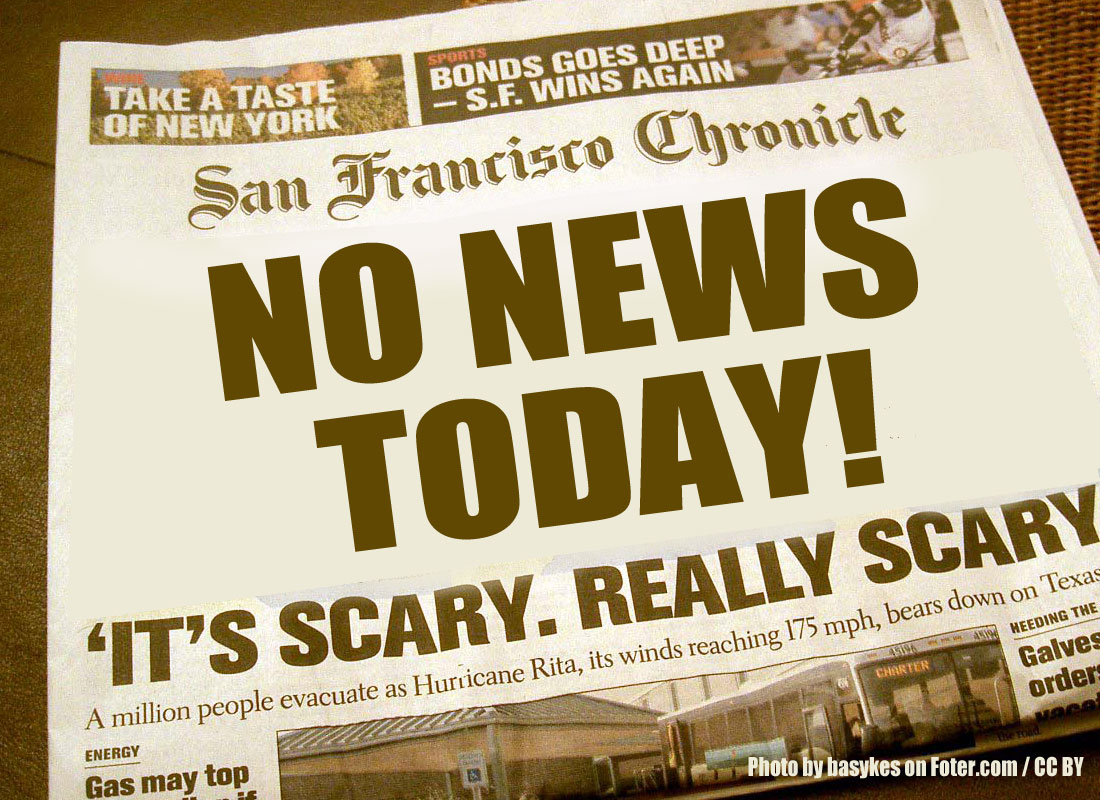 Newspaper Collectors, Record Collectors Battle for Title of “Most Obscure” Newspapers shall eventually be antiques, opening up a new market for lovers of the esoteric. Record collectors, though, Blanche at the prospect of a Hobby War.

Record collectors weigh a potentially perilous decision: branch off into a new hobby, or risk being overtaken as the most misunderstood erudite.

“How can you compete with newspapers?” muses one record collector speaking under the condition of anonymity.

“They have words; newspapers require a different skill set.”

While records are sure to dominate the coffee house and college crowd for years to come, record collectors worry that their conversations may branch off into topics where using the words “whatever” and “lame” do not adequately convey the fullness of their thoughts.

“I mean, some girls don’t think that drinking wine while reading the paper is good date material,” says a collector of the Idaho Statesman.

“But I only collect from the years 1864 to 1872, when the paper was called the Tri-Weekly Statesman; you probably didn’t know that.”

Whichever collector assumes the post of most obscure, one thing is certain: music and print have gone digital. Newspaper circulation has fallen while social media usage has increased.

“iPods and websites are fine, I guess,” concedes the record collector, open to the possibility of more than one hobby.

“The only problem is, everybody has a computer. I just don’t succumb to society’s dictums as easily as others.”

Having said this, the record collector excused himself from the interview in order to attend a college course entitled, “Everything You Have Ever Learned Is Wrong Except for What I am Telling You Now.”