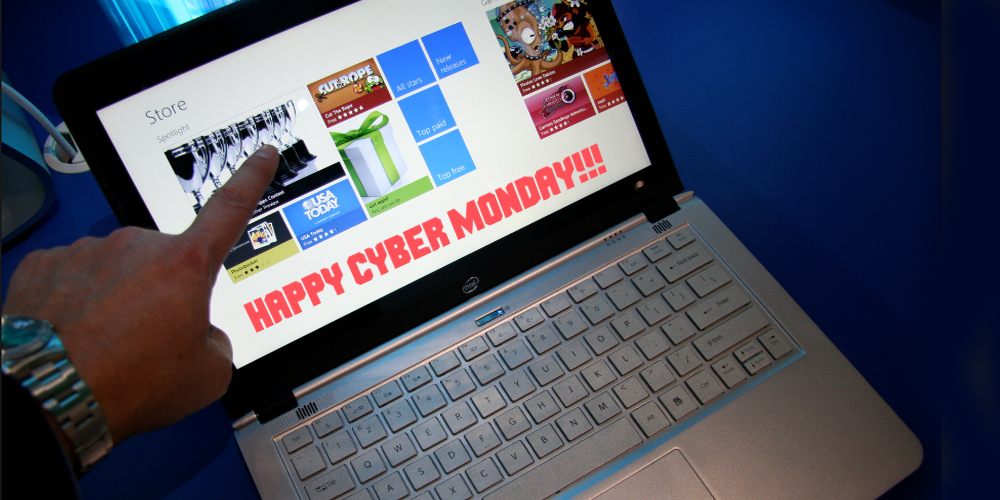 It won’t be long and every day will be another “Official Holiday”. There’s  President’s Day, Labor Day and Christmas Day. In the US there seems to be a Holiday for everyone. It won’t be long before we will run out of days, to make into holidays.

This November 28th  it will be Cyber Monday. Please let me wish you a very happy Cyber Monday in advance and may all your shopping dreams come true.

Cyber Monday debuted November 28th 2005. It is scheduled to begin the Monday after Thanksgiving just after “Black Friday”. The name was first used by Ellen Davis from Shop.org in a press release entitled “‘Cyber Monday, Quickly Becoming One of the Biggest Online Shopping Days of the Year”. The holiday really seemed to stick when 77 percent of online retailers said that their sales increased substantially on that Monday after Thanksgiving.

Today with more and more people using smart phones the numbers are expected to go through the roof. In 2016 Mobile traffic accounted for nearly half of all online traffic and 27.6% of all online sales, which is up more than 25% 2015 according to IBM Watson Trend, which tracks millions of transactions on retail websites. Online sales increased 17.8% compared to the same day in 2014, IBM says. Consumers made bigger-ticket purchases on desktop, though, with an average order value of $128 vs. about $102 on smartphones. Most expect that number to reverse soon  now that more and more people are using their phones than their computers. Hey where else can you shop at work and no one will notice your not there?

Mobile apps are also playing a larger and larger role, such as the expansion of Target’s partnership with the app. Curbside, which allows customers to place an order and pick it up at a Target store without leaving their car. Newer technologies are rolling out to make online purchasing much quicker and more convenient. I’m sure you’ve seen the Amazon Autonomous quad copter by now.   After I watched the video though I have some real doubts. I got a quad copter for Christmas last year. It’s maiden flight was around thirty seconds. I took about two hours to get it out of the tree. Personally I can’t see this quad copter delivery system working. We will still have to wait and see.

10 Commandments of Effective Package Design
Amazon is Changing the Game: The Next Evolution in Shopping
Beating your Competition